Giants are a legendary warrior race, some of the mightiest mortal
fighters in history.  An evolutionary cousin to humans, they resemble
massive men and women.  Giants value raw power and strength, and it is
important to them as a race that none be perceived as "weak", either in the
eyes of their peers or outsiders.  This does not mean they are bloodthirsty,
just that when push comes to shove, a giant will be ready to either shove
back or stand like a stone tower.  Most giants are loud and boisterous,
boasting of their great prowess.  Often this is just a face, because giants
are also deeply introspective.  They are huge, and extremely tough and look
very much like large humans.  They have the same wide range of skin, hair
and eye colors as humans.  They stand anywhere from nine to twelve feet
tall, and have heavily muscled frames.  They often wear their hair long, but
are as likely to be clean shaven as to sport a massive beard. 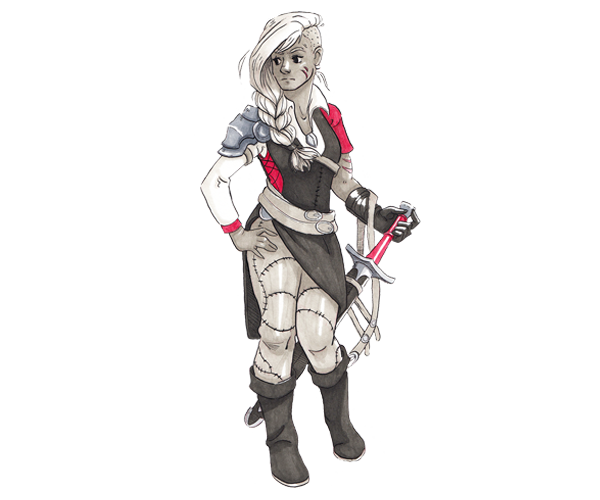